Make your event a success -- with the "Bull Moose" as your special guest! I've been portraying TR for nearly a decade. Whether you call me an interpreter, an impersonator, a reenactor - it's my pleasure to bring you a living, breathing American icon that can entertain, enlighten, and inspire you. "I am a perfectly commonplace man and I know it; I am just a decent American citizen who tries to stand for what is decent in his own country and in other countries..."

Theodore Roosevelt was born October 27, 1858, and for his six decades of life, he truly lived. With debilitating asthma and poor eyesight in his youth, he still worked to overcome such challenges, channeling the words of his father: “You must make your body,” and “get action; be somebody.” Following graduation from Harvard, he declared his intentions “to be one of the governing class,” and proceeded to involve himself in public service throughout his life. New York Assemblyman, Assistant Secretary of the Navy, New York Police Commissioner, Governor, Vice President, President – he long belonged to his party but was more devoted to the people. His rather forward momentum caused friction and fracas, within his party and without. Yet he boldly drove the American people into the twentieth century.

He filled the space in-between these important posts of his life with tasks and interests no less daunting: author, ranchman, hunter, husband and father. In every situation he held, professional or personal, he held fast to what he believed, and practiced what he thought would best serve the people he was serving.

Colonel Roosevelt is filled with inspiration, from growing up in New York to ranching in the Dakota territory; from fighting with the Rough Riders in the Spanish American War, to winning the Nobel Peace Prize as President.  A time of Q&A is available following the talk to take the experience to the next level. (Roosevelt was never afraid to speak his mind, so if you ask a question, be prepared for him to answer it!)

Theodore Roosevelt, the “Trust Buster,” the Naturalist, the inspiration for the Teddy Bear!–engages younger audiences with audience participation that still touches on curriculum, and reinforces history, live and in person.

Older students, from high school through college, can delve deeper into the issues facing TR and America from the nineteenth into the twentieth century. From the Civil War to World War One, Theodore Roosevelt not only witnessed history – he shaped it!

TR makes your event a bully good time! This "steam engine in trousers" engages your crowd with lively stories, direct perspective, and can share in a laugh as well as a selfie! Theodore Roosevelt takes on friends and foes from his time and his past! Boisterous or battling, sharing the stage with TR is never boring. A time of Q&A is always available following paired presentations.

Presentations can include (subject to availability):

I want to meet TR!
Back to Menu TR discussing the 20th century with students in Virginia. At the opening of "Road to the White House," an exhibition at the National Constitution Center. A spirited story at the Oakland Library. Tea with TR at Pennypacker Mills.

I was at the Teddy Roosevelt dinner at the Grain House/Olde Mill Inn last night and I wanted to reach out and tell you how impressed I was with your portrayal of Colonel Roosevelt. What an amazing job you did! I thoroughly enjoyed the evening. Your breadth of knowledge and ability to answer such a variety of questions without missing a beat was quite impressive. Very well done!...If I should ever have a chance to recommend your services for any event, I will not hesitate to do so with enthusiasm. This last Wednesday I had an opportunity to see a superb presentation by Peyton Dixon, who portrays President Theodore Roosevelt. His characterization, voice, language, and costume were all spot on. More importantly, his presentation to a group of park volunteers was exactly what was needed. He did an outstanding job of talking about his time period, in character at all times, yet making it relevant to today and to his audience. He was serious, funny, and a thrill to listen to.

Teddy Roosevelt for President 2016! This was the best CLE that I have ever attended. Actor Peyton Dixon stayed in character for the entire presentation and made a better (and more appealing) presentation than any of our candidates today.

Historic inspirations and updates delivered to your inbox.

Just fill in your details! 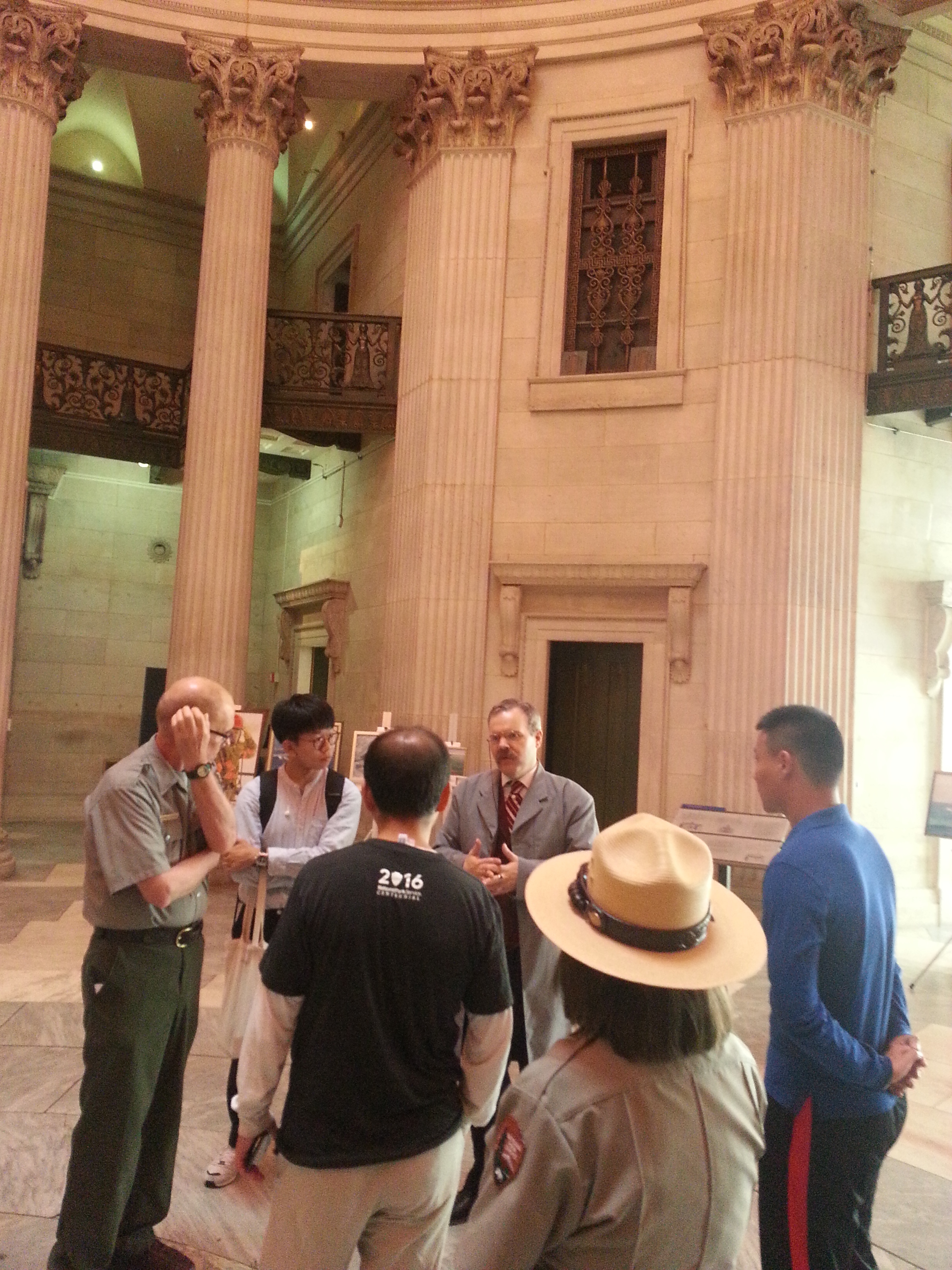 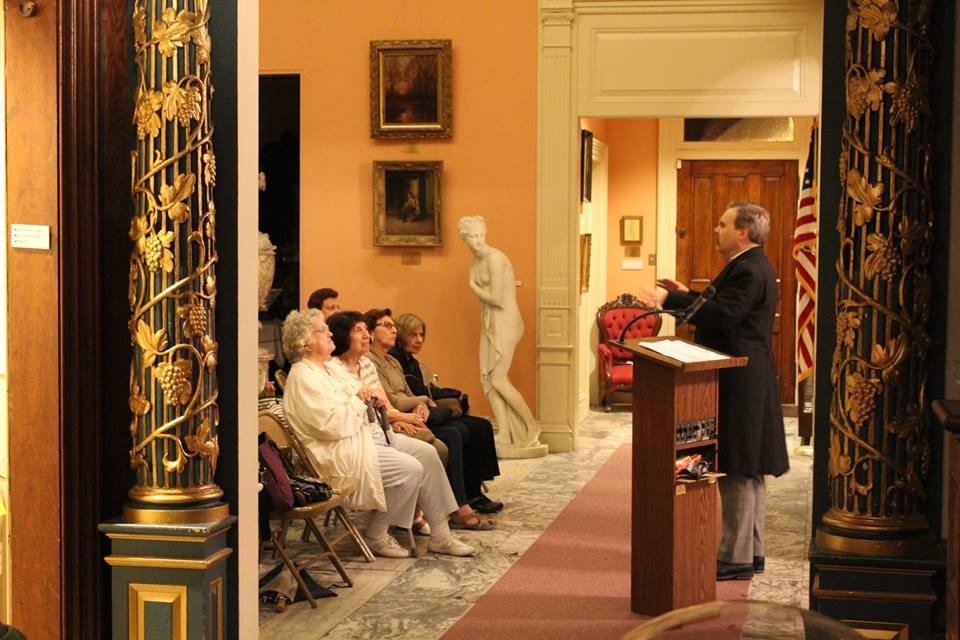 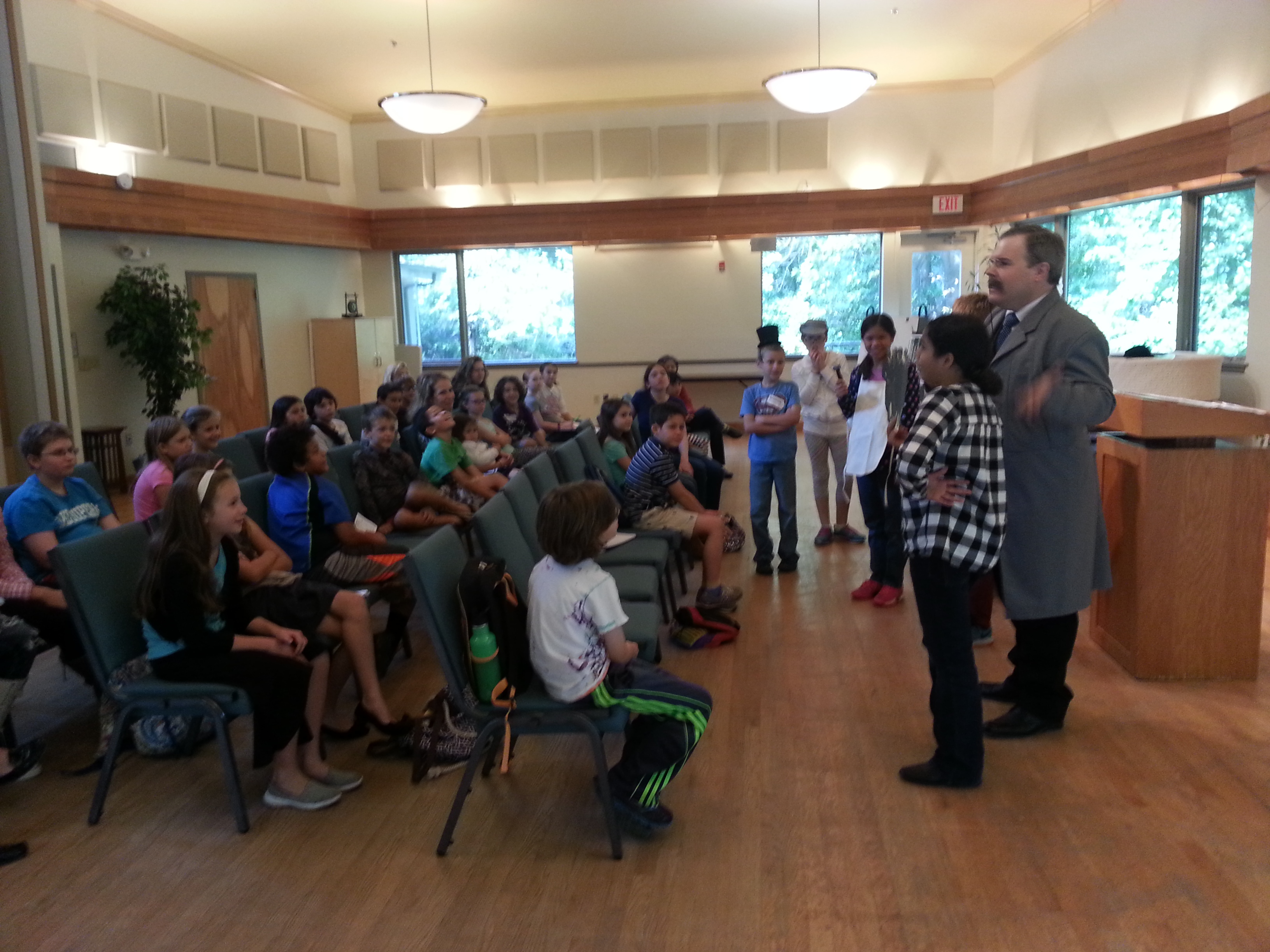 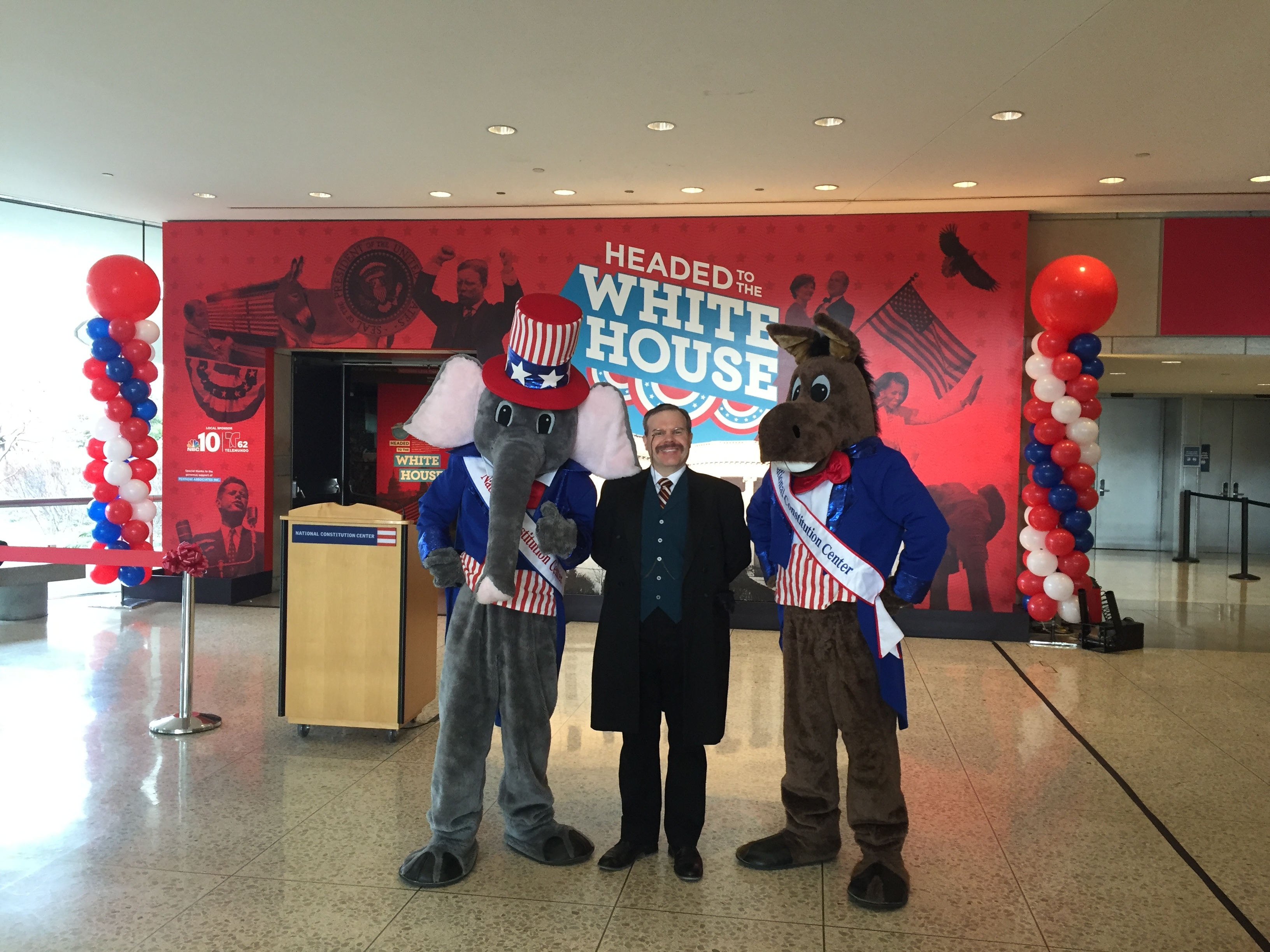 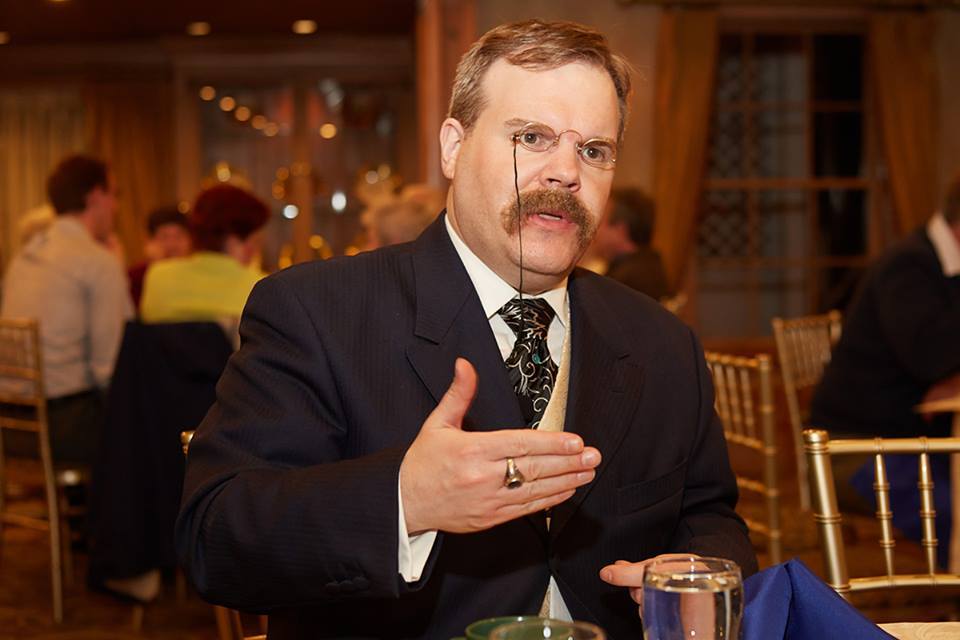 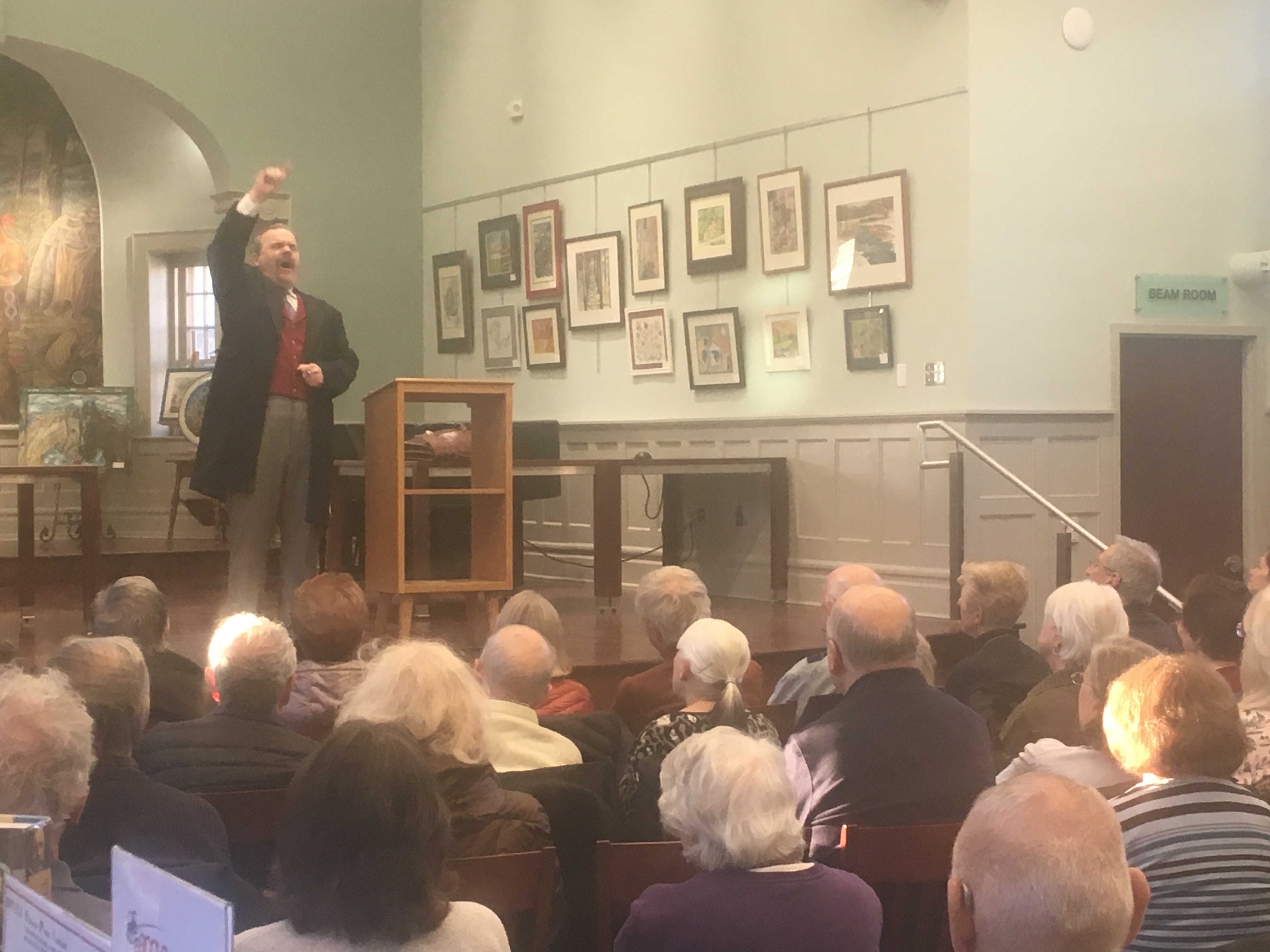 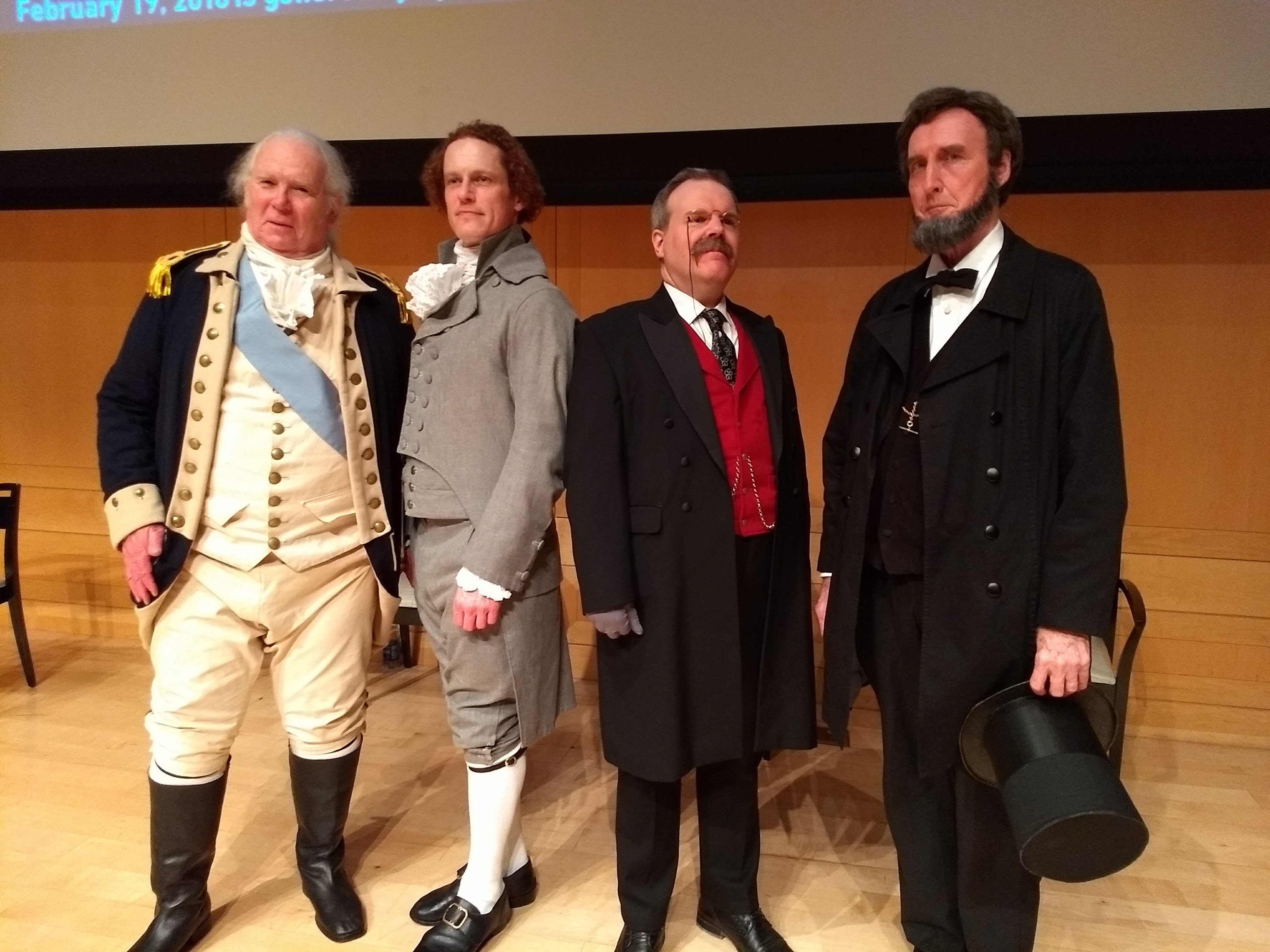 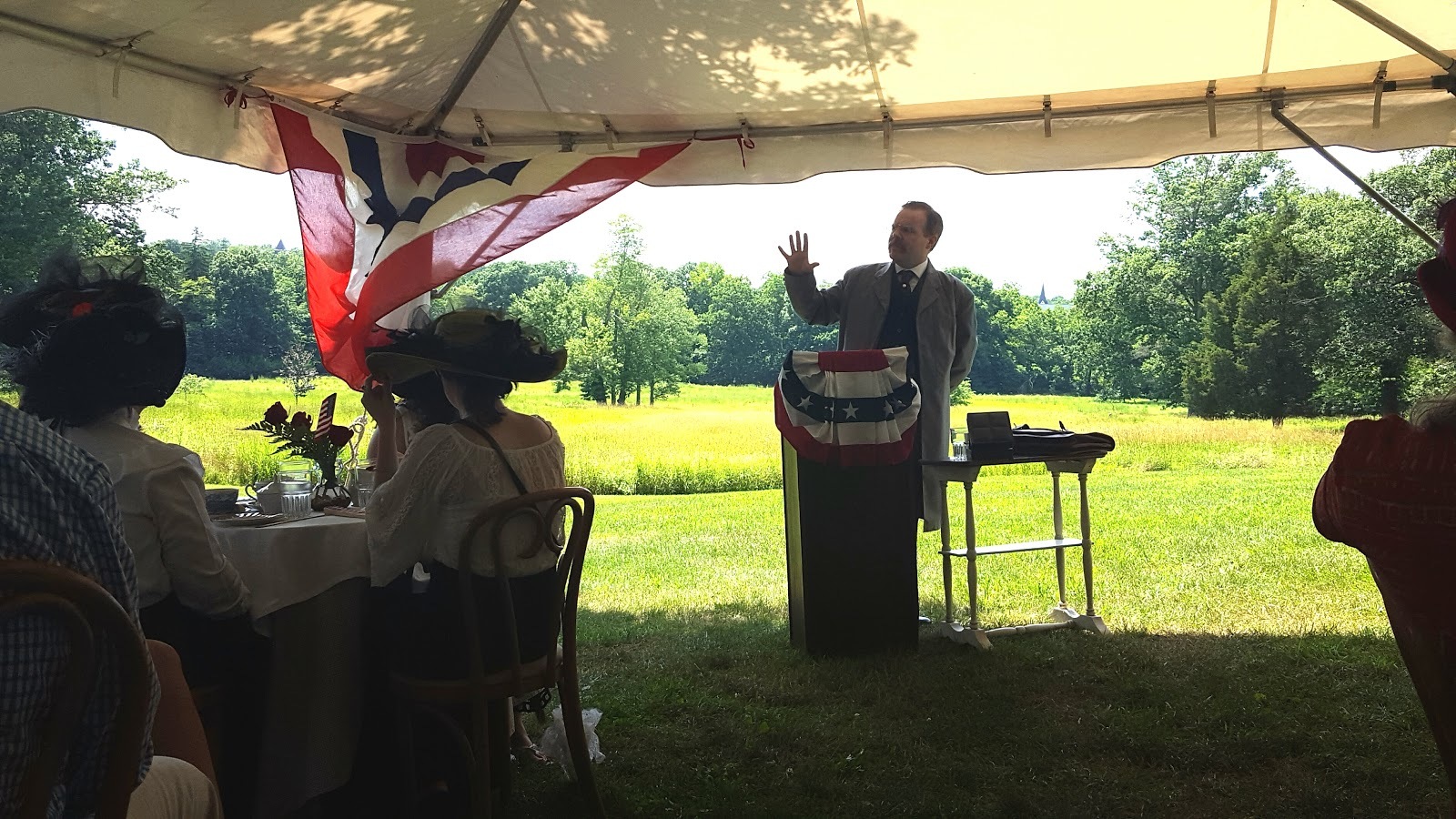